An Introduction to DevOps

DevOps has become a buzzword, which means a lot of different things to a lot of people. 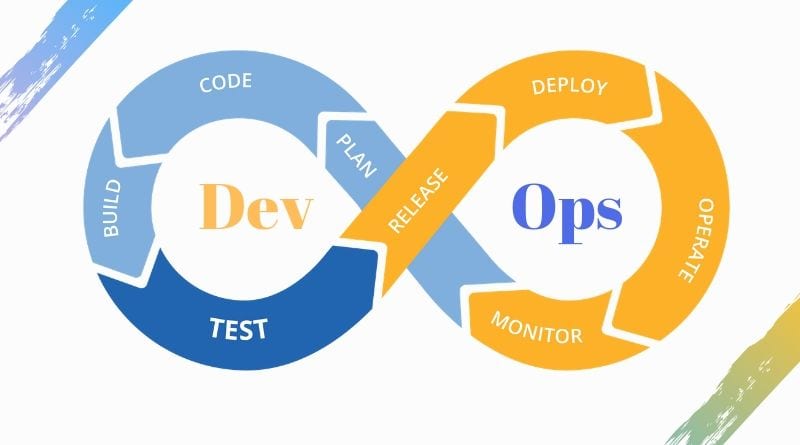 It’s challenging to understand and define what DevOps exactly is. And, that’s why if you know fundamental concepts of DevOps that most people associate with and the history of how it evolved then get a holistic view on it.

The Origin of DevOps

DevOps is a perfect example of agile software development. The idea of DevOps came from the need to keep up with the increased software velocity and achieve throughout agile methods. The vast advancements in agile culture and practices over the last decade exposed the requirement of a more holistic approach to the end-to-end software delivery lifecycle.

You might be wondering to know what agile software development is –

The ideals of DevOps executes the extend agile development practice to refine the movement of software change through the build, validation, deployment, and different stages of delivery. It allows the cross-functional team to have the full ownership of the software product-starting from designing to production.

Long waiting to get the artifacts into the next environment of the route to live causes in delaying everything like testing, time to live, etc.

DevOps allows the software or web developers and IT operations to deploy process in a collaboration session which is entirely blameless. It will enable us to verify what works then taking it to the next level with automation to implement continuous development. It also creates avenues for more frequent development.

It improves the  collaboration between stakeholders from planning to delivery and implements automation of the delivery process to:

The whole software comes to the meeting point before starting a new software project. The team is built of developer, testers, operations and support professionals. The team makes the plan for creating a fully functional software which is ready for the deployment.

Each day new code is deployed once the developers complete it. The automated testing procedure ensures if the code is ready to be implemented. Once the code gets the green signal from the automation testing process,  it is deployed to a small number of users. The code is monitored for a short period to ensure that there are no unforeseen problems, and it is stable. The new code is then deployed to the rest of the users once the final monitoring has shown the code is stable. A significant portion of steps after planning and development is done with no human intervention.

There are many different phases of DevOps maturity. Here are the key phrases that you must know.

Before the time of continuous integration, development teams used to write a massive amount of code and then those from different teams were merged for the releasing. The versions of the code were so different that they used to require a large number of changes.

Making these numbers of changes used -to take more than a few months. This process was not a productive one.

It’s a practice of integrating a newly developed code with the main to-be-released code in the quickest manner. When it comes to releasing the code, continuous development helps to save a lot of time.

The continuous integration from the perspective of DevOps includes the steps like checking the code, compiling into usable code and, running some of the necessary validation testings. ‘

It is an extension of continuous integration and also, the second stage of DevOps.

Continuous Delivery allows you to add additional automation and testing. So that you don’t only merge the code with the main code line quickly, but also get the code nearly ready to deploy with no human intervention.

It’s a practice to keep your codebase in an almost ready-to-deployable state.

Continuous deployment is the advanced evolution of continuous delivery. This practice allows us to deploy all the ways into production without any human intervention.

The team that works on continuous development never deploys any code without testing. All the newly created code runs through automated testing before getting into the production stage. The code is deployed to a small number of users, and there’s an automated feedback loop that monitors the quality and usages before the code gets to the next level.

There is a small number of companies like Netflix, Etsy, Amazon, Pinterest, Flicker, IMVU, and Google, etc. that do continuous development.

DevOps highly focuses on developing a collaborative culture and improving efficiency through automation with different DevOps tools. To implement DevOps for your software solution, you need to use the combination of both culture and tools.

The DevOps is a particular culture which helps to enhance the collaboration, decrease the chaos, handling shared responsibilities in a better manner, implementing automation, quality improvement, feedback valuation, and increasing the automation.

Agile methods have always been the best holistic way of delivering software. When it comes to measuring the progress, the agile development team does it in term of working software. The agile method of DevOps culture allows the product owners, developers, testers, and UX people to work closely together with the same objective in mind.

Includes the tools for configuration management, testing, and building systems, developing applications, controlling versions and, monitoring. When it comes to implementing Continuous Integration, Continuous Delivery, and Continuous Deployment, they require different tools and, at the same time, they use the same tools also.  You will need to use more tools as you progress through the delivery chain.

Let’s know some of the popular tools and practices.

Build server: – the build server is the automation tool which is utilized to compile the code in source code respiratory into the executable code base. Some of the highly used build server tools are Jenkins, SonarQube, Artifactory.

DevOps isn’t just a set of tools, but a philosophical shift that needs that requires buy-in from all folks involved to truly succeed. It’s only through a high-level of collaboration that things will change for the better.

An Introduction to Alibaba Cloud DataWorks

How to Get started with MongoDB